The Michael Anthony Hemel Hempstead team are a proud sponsor of Hemel FC  and recently won a signed shirt during a charity auction, to help raise money for the #NoHomeKit campaign run by the charity, Shelter.

What is the #NoHomeKit Campaign?

According to Government statistics, every 90 minutes, 25 households are made homeless within England. Shelter, a charity that helps people in housing need, ran a #NoHomeKit campaign last year where Football clubs and fans were asked to trade in their team’s home colours for away or third kits on Boxing day – to support people with no safe place to call home. 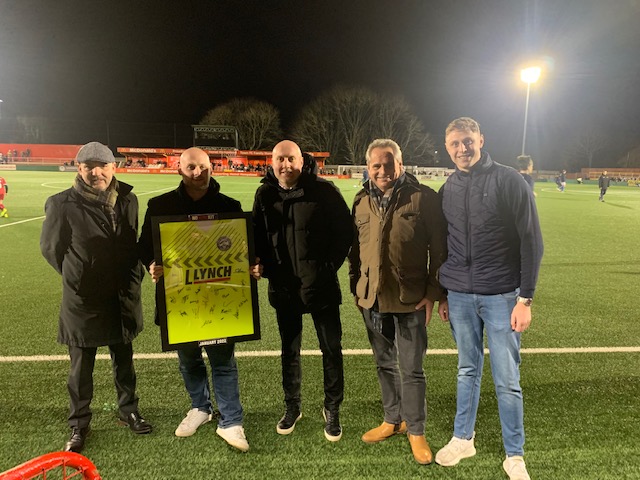 Hemel FC supported the #NoHomeKit campaign and wore their away kit for the home fixture against Ebbsfleet United back in January. As part of the fundraising, Hemel FC held an auction for a signed First Team away shirt – which Michael Anthony Estate Agents Hemel Hempstead won, with a bid of £125.This money was donated straight to Shelter to support the amazing work they do.

The Michael Anthony team can be seen with Hemel FC First Team Manager, Mark Jones, receiving the signed shirt at a recent game – which is now hung on the wall at our Hemel Hempstead branch.